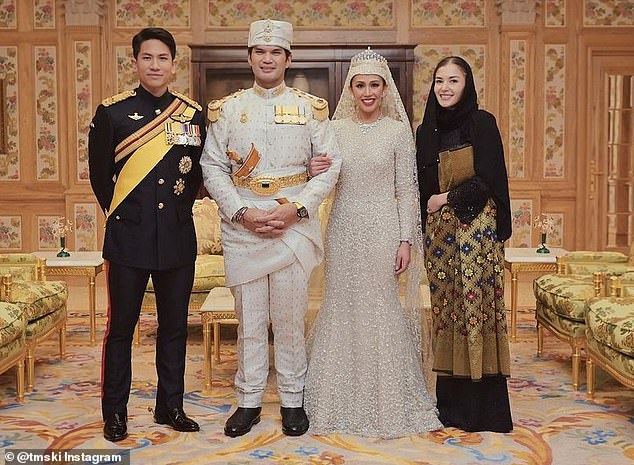 The first royal wedding of 2023! The Sultan of Brunei’s daughter, Princess Azemah, marries her first cousin in lavish weeklong celebrations

By Lydia Hawken for Mailonline

Brunei’s Princess Azemah tied the knot in extravagant fashion as she and her new husband kicked off their week of wedding celebrations.

The traditional service, held at Balai Singgahsana Indera Buana on the palace grounds, involves the couple’s family blessing them with colored rice power and rubbing their hands with scented oils to wish them well.

For this event, the bride dazzled with a long fuchsia pink dress and golden jewels that contrasted with her crown.

Following this, the couple held their Islamic ceremony at the Omar ‘Ali Saifuddien Mosque, which is one of Brunei’s national monuments.

At the ceremony, held at the Omar Ali Saifuddien Mosque, the groom pronounced his vows in front of an all-male group of attendees, including the sultan, who acted as his daughter’s proxy at the wedding.

After they were officially married, the sultan also hosted a reception at his residence for the guests. 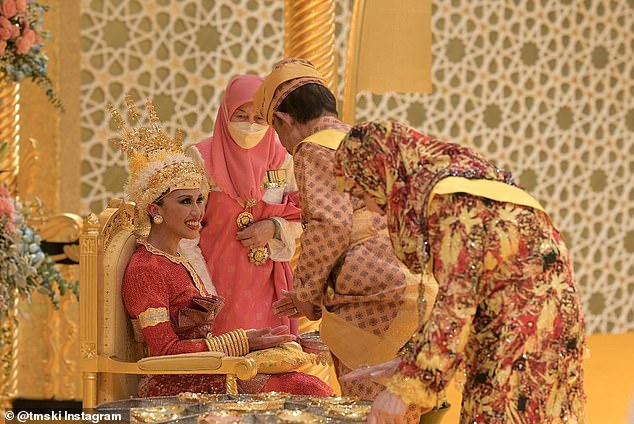 The couple’s week of wedding celebrations kicked off with a royal spraying ceremony, held on the grounds of the billionaire sultan’s home. 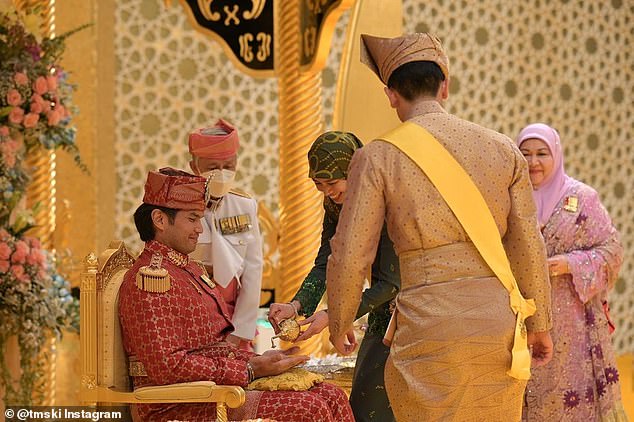 At the service, the couple’s family blesses them with colored rice power and rubs their hands with scented oils to wish them well.

For this event, Azemar dazzled in a sparkling ivory long-sleeved gown with a mermaid skirt.

The bride kept her hair mostly hidden under a matching shimmering veil and finished her look with a silver tiara and a shimmering bouquet of faux flowers.

Meanwhile, her husband perfectly matched her outfit with a white military uniform for the occasion.

Sharing snippets of the week on Instagram, Azemah’s brother Prince Abdul Mateen wrote: “So happy for my dear big sister and BJB.” 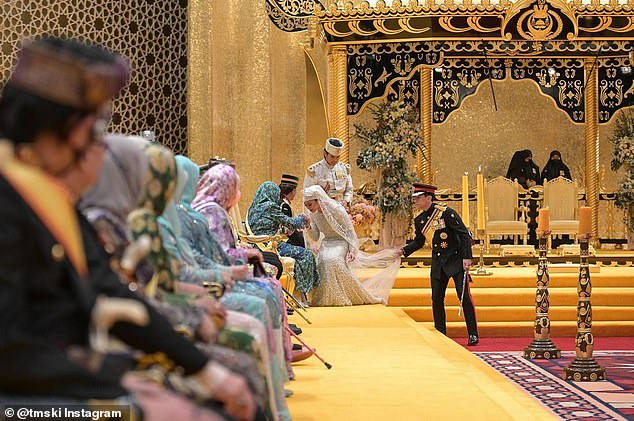 The bride bows to her stepmother during her official wedding ceremony in Brunei earlier this month. 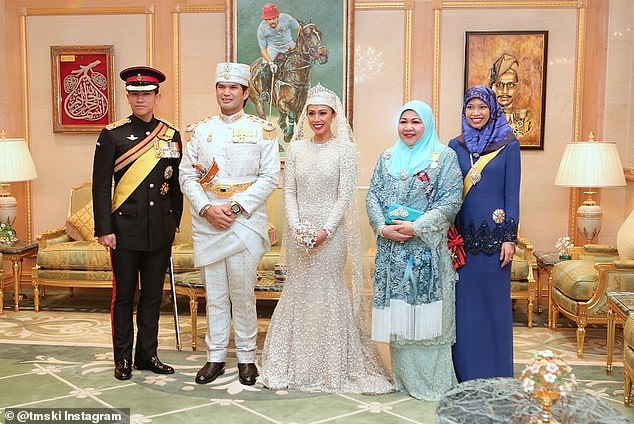 The newlyweds pose with guests after their first wedding. The bride dazzled in a sparkling white dress with a mermaid skirt and matching veil. 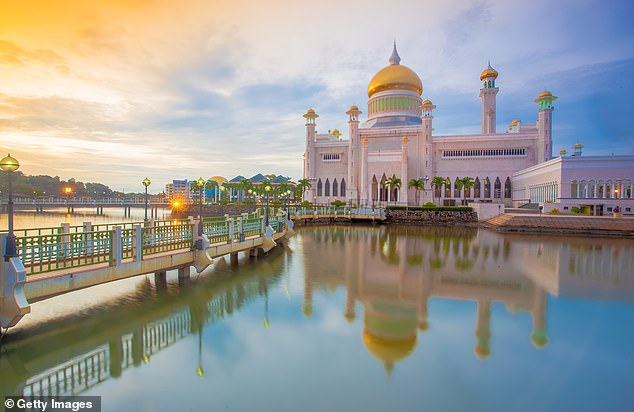 The couple held their Islamic ceremony at the Omar ‘Ali Saifuddien Mosque (pictured), which is one of Brunei’s national monuments. 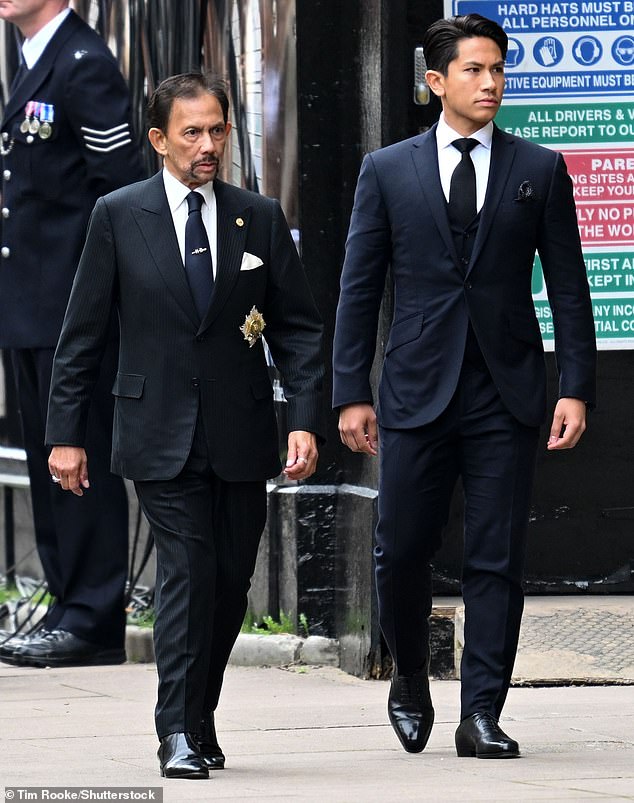 Kingston University graduate Princess Fadzillah, the ninth of the sultan’s 12 children, is captain of Brunei’s national netball team and a health activist who largely stays out of the limelight.