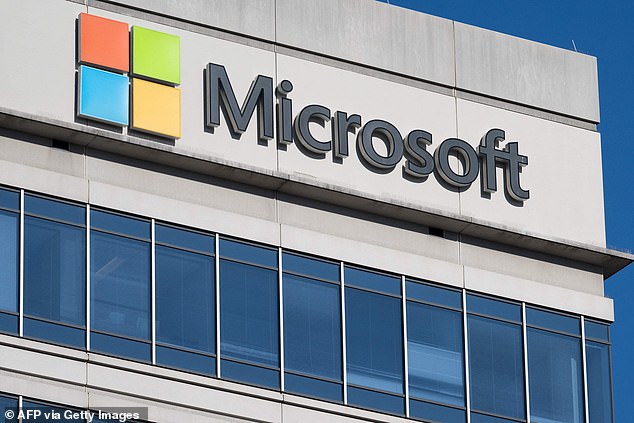 Microsoft shares rose as it swept away the gloom over Silicon Valley and emerged as the “Rock of Gibraltar.”

The tech giant said its total revenue in the three months to December 31 was £43 billion, up 2 percent from a year earlier and in line with analysts’ forecasts.

Microsoft said its cloud computing business delivered a “strong” set of results, with sales of its Azure platform up by nearly a third.

Microsoft said total revenue in the three months to December 31 was £43 billion, up 2% from a year earlier and in line with analysts’ forecasts

He added: “Obviously there are a lot of headwinds, but overall Microsoft’s headquarters in Redmond is a Rock of Gibraltar in this dark economic environment.”

Shares were up 4 percent in aftermarket trading. Despite the climb, they have fallen by 16 percent over the past twelve months.

The latest results come amid a wave of layoffs in the technology sector, which has cost more than 200,000 jobs in the past year.

The job carnage was fueled by a sharp slowdown in growth due to rising inflation and interest rates.

The computer software specialist is also betting on artificial intelligence and this week revealed an investment in chatbot company OpenAI.

Would a base rate rise to 4% rise mean mortgage rates start to go up again?

Would YOU fall for the cruel new son and daughter scam?