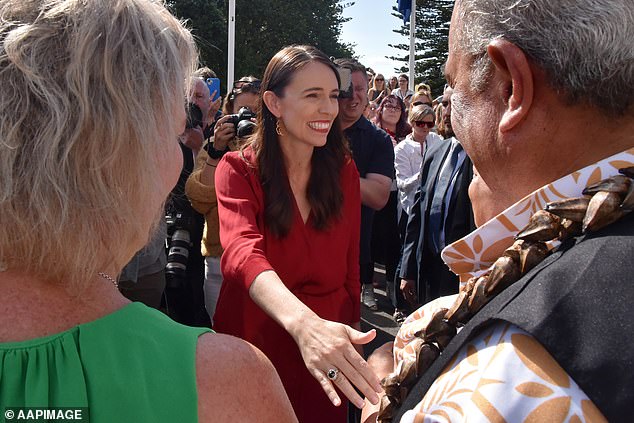 Jacinda Ardern was met by a cheering crowd as she left the New Zealand Parliament for the last time following her surprise resignation as prime minister.

Ms Ardern walked out of the Executive Building, or the Hive, to a great deal of support and applause from Labor MPs, government staff and members of the public on Parliament Forecourt on Wednesday.

She hugged each member of her own group who was there to see her off, many of whom seemed excited when she hugged them.

Mrs. Ardern’s fiancé, Clarke Gayford, walked behind her as she made her way slowly through the crowd to her car. 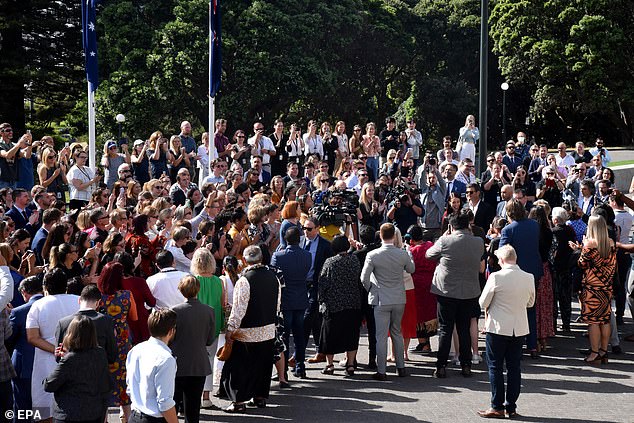 He received a large outpouring of support on Parliament Square as he made his way to his car on Wednesday.

“I can’t really see where I’m going,” he said at one point, reports the New Zealand Herald.

She finally reached her car and was taken to the government house.

There he will meet Governor General Dame Cindy Kiro, where he will formally resign as leader of the country.

Ms Ardern shocked Kiwis and much of her party last Thursday when she announced her resignation at Labor’s start-of-year retreat in Napier.

She explained that it was burnt and that she “didn’t have any more in the tank.”

Ms Ardern said the Kiwis would still see her, but not in public debates.

You won’t find me commenting on domestic politics. I’ve had my time,’ she said. 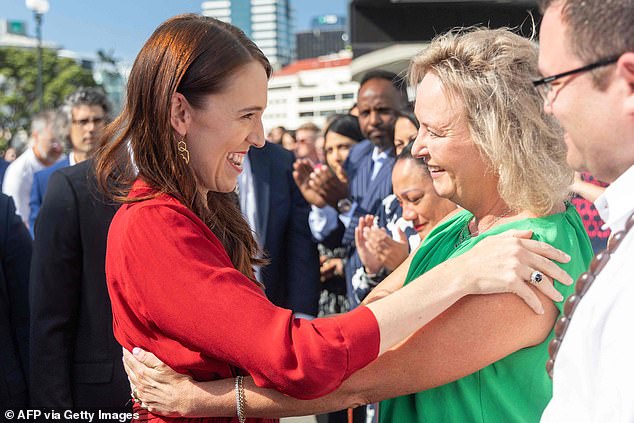 Ms. Ardern hugged each member of her own group who was there to see her off. 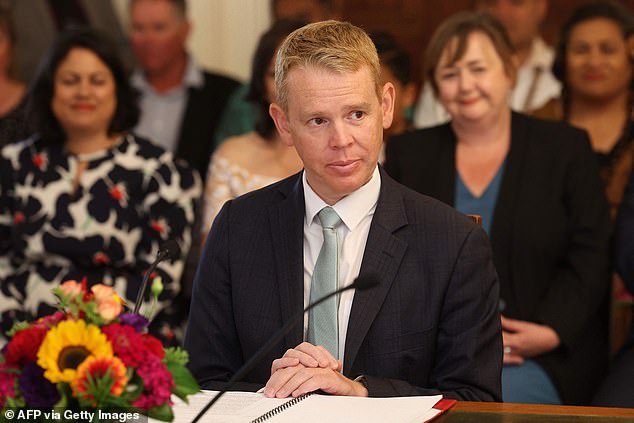 Chris Hipkins has been sworn in as New Zealand’s next Prime Minister by the Governor-General following Ms Ardern’s formal resignation.

He will return to parliament and chair his first cabinet meeting and then give a press conference.

Ms Ardern has described the former police minister as a “pleasant, down-to-earth and practical” man.

Ms Ardern will head to the back bench for three months, resigning her seat in April ahead of the October 14 election.